This is a Missile Command clone that was originally an class assignment in 2011, which I've recently decided to port to Windows Phone. I also added online leaderboards using PHP and MySQL as part of the port and am thinking of also porting it to Android in the future.

This is part of a networking project where server and client connections were written using boost::asio sockets using the UDP protocol and dead reckoning was used for client updates. The server supports drop-in/drop-out connections, the simulation is run both server-side and client side, but all property updates and creation/destruction events are controller server-side. 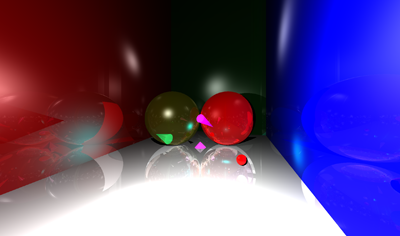 Platform: PC (Try it yourself)

A first person style puzzle platformer where the objective of the game is to navigate between cubes to get to the end goal. This was another collaborative game done with the George Brown game program students with the Designers, the Artist, and the Programmers. My task was to make the GUI elements and menus, as well as helping level building/design, as well as finding and fixing persistent bugs in the project.

A mobile version of the Crokinole boardgame invented in Canada over 100 years ago. This version has Tutorials, Pass and Play, One Player versus an AI. Features also include integration with Apple's Game Center with online play against your friends and strangers with leaderboard integration.

This was part of a class project to create a networked game using XNA, allowing 2 players to play locally or over a network.

This is an implementation of my simple flash physics engine. This project was a collaboration of the George Brown game program students with the Designers, the Artist, and the Programmers. It was my task to create the physics engine and with the other programmers to create a level creation system using Adobe Flash's editor.

This is an extension of the popular game Lights Out, but instead of being confined to a 2D grid, the grid wraps around a surface of a cube to add an extra dimension of difficulty.